Winter Academy at the Hungarian Academy of Justice

Winter Academy at the Hungarian Academy of Justice 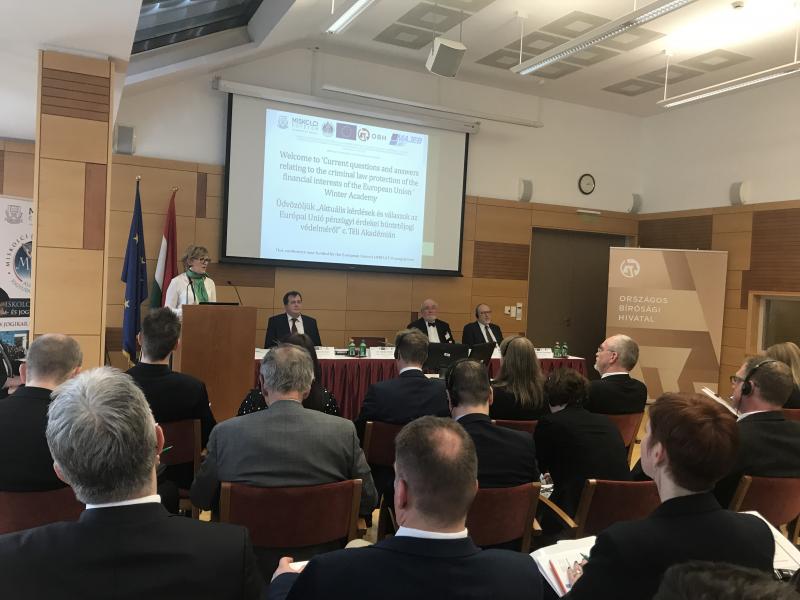 The administrative model founded in 2012 was unique in its own kind, since in Hungary the central administration of the courts is not operated by the Ministry of Justice, but a self-governing body, the National Office for the Judiciary (NOJ)- said dr. Tünde Handó, the president of the NOJ at the celebratory opening of the Winter Academy.

The president of the National Office for the Judiciary (NOJ) emphasised in her speech that being a judge means lifelong learning, therefore it is extremely important to note that while in 2011 approximately 4 thousand people participated in these educational conferences, in the previous year this number was up to 26 thousand participants.
As the beam of the lighthouse helps the sailors navigate, the Curia supports the judges in their daily practice- added dr. Tünde Handó in her opening speech. She supplemented: if the Curia is the light, then we are the lighthouse, because the National Office for the Judiciary enables and supports the functioning, and the chance that the knowledge gathered can reach the judicial institutions.

The Hercule project, with the final touch of the Winter Academy, is the result of one and a half year of hard work - said Dr. Ákos Farkas, the head of the project. Our overarching goal -he prompted- is to make this shared knowledge accessible for everyone and useful in the daily practice.

You can access the statement by the president of the NOJ regarding the topic in the broadcast of M1 News on the 14th of February 2019.