The Appointment of judges

The Appointment of judges 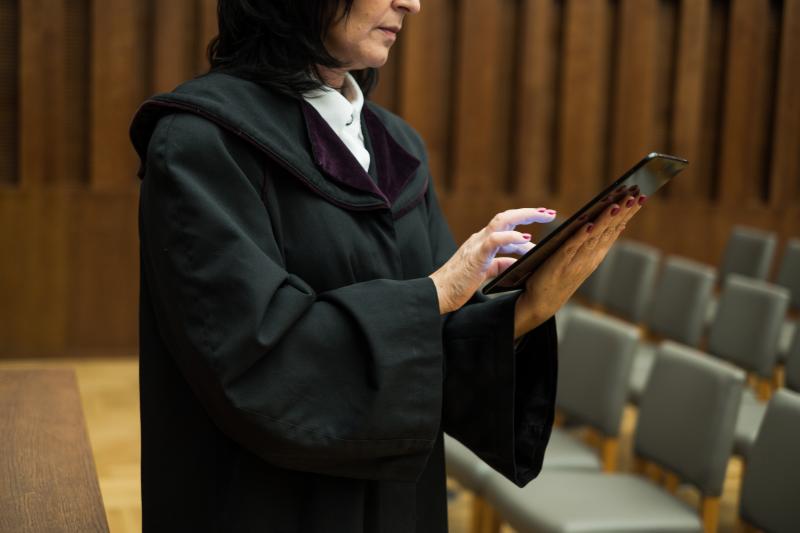 Judges pursue their profession at the Curia, courts of appeal, general courts, district and urban district courts, as well as at administrative and labour courts.

With just a few exceptions, judge positions are available by way of applications.

Except for cases stipulated in the Act CLXII of 2011 on the Legal Status and Remuneration of Judges (the Judges Act), applications for these positions are invited by the President of the National Office for the Judiciary (NOJ). 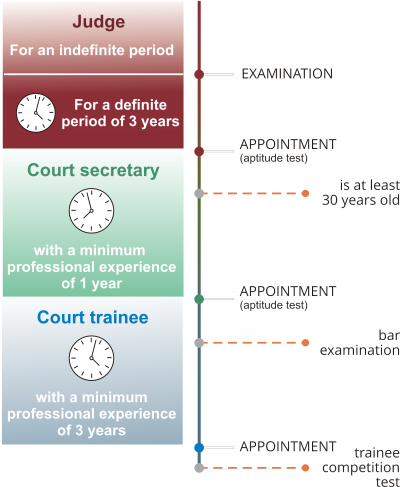 In order to be appointed as judge, the candidate must

The first judge appointment will be made for a definite period of 3 years.

The duties of judges typically include: the delivering of judgments in and regarding criminal cases, legal disputes in private law cases, other cases stipulated in legislation, the legitimacy of administrative decisions, the conflicts of municipality rules with other legislation and their annulment and the conclusion of a failure to comply with the statutory obligation of the municipality to pass legislation.

Their status is regulated by the Act CLXII of 2011 on the Legal Status and Remuneration of Judges (the Judges Act).

The process of the assessment of applications

Within 15 days following the expiry of the deadline for application, the judicial council of the specific court of appeal or general court will interview the applicants. Based on objective and subjective points given to the applicants, the judicial council will rank the applications in line with Section 14 (4) of the Judges Act. Further information on developing ranking is available in KIM Decree 7/2011 (III.4.) on the detailed rules of the assessment of applications for judge positions and the points given in developing the ranking of applications.

The President of NOJ may also make a decision about the relocation of the judge. 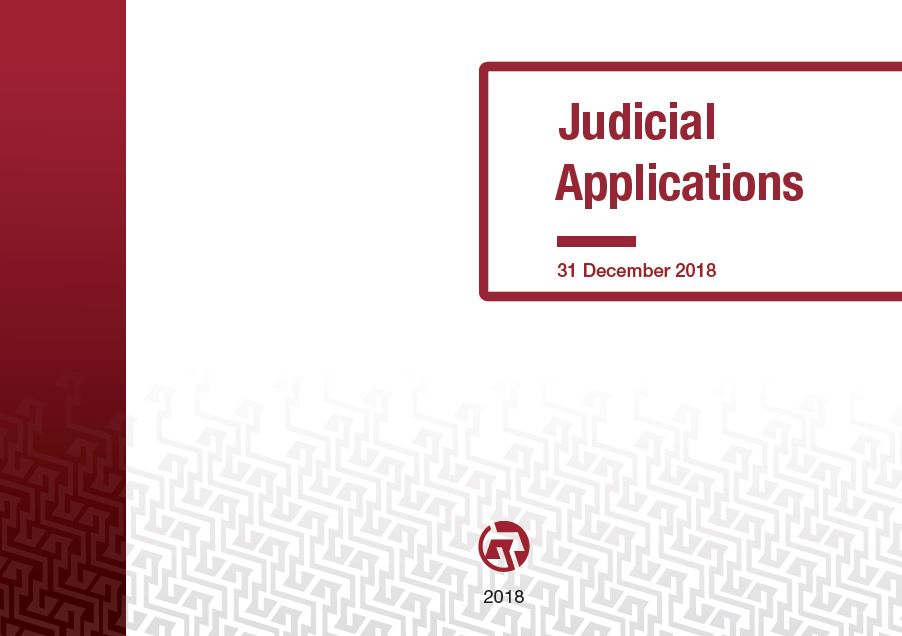