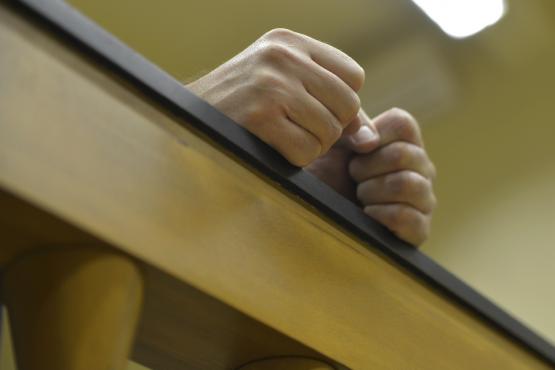 The witness care and victim protection programme launched by the National Office for the Judiciary aims among others at providing witnesses summoned to court hearings with comprehensive and easily understandable information, ensuring a free-from-fear atmosphere for witness and victim testimonies and improving the conditions of questionings.

Witnesses may feel safer if they are given the possibility of waiting for their questioning in a separate room to avoid contact with other parties to the proceedings, particularly the accused person. The courts seek to satisfy such needs, hence, many of them created so-called witness rooms especially designed for such purposes, in addition, they provide witnesses, as far as possible, with the possibility of waiting for their questioning separately by other means as well.

In 2018, similarly to the year 2017, there were more than 20 000 registered requests received by witness care specialists, the majority of them were phone inquiries.

Two episodes of a series of animated short films entitled “Judicial Compass”, produced as a result of a cooperation partnership between the National Office for the Judiciary and the Moholy-Nagy University of Art and Design Budapest, also serve the objective of giving comprehensible information for witnesses summoned to court.

In addition to the above, the National Office for the Judiciary organises, on a yearly basis, a national conference on witness care and victim protection issues with the aim of enabling witness care specialists to get together to discuss them. The judiciary attaches great importance to the cooperation between the courts and other State authorities which play a role in victim protection, that is why the judiciary has also participated, inter alia, in a project supporting the fight against human trafficking.

The programme set additional goals and tasks for the year 2019: development of skills in the field of witness care both at local and central training sessions, the uniform handling of data management issues and the setting up of principles for developing a simple data collection method based on a uniform set of criteria applied at national level.

The most important objectives in the field of victim protection for the year 2019 are as follows: fostering the already existing and successful cooperation partnerships with other State authorities and promoting the elaboration of a local information and communication network.

The National Office for the Judiciary organises a scientific conference to be held on 18 February 2019 regarding the latter topic at which the participants can get an overall picture of victim protection and all its different elements as well as of the courts’ role played therein.