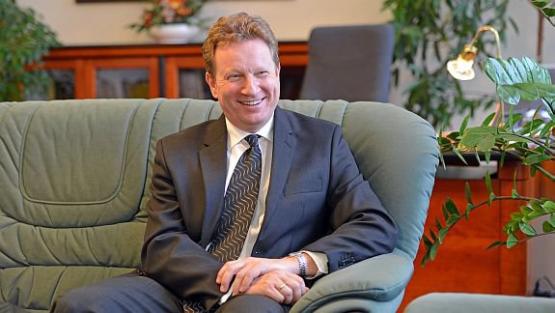 On 1st January 2019, Érd District Court started to operate with eighteen judges who had previously worked at the District Court of either Budakörnyék or Budaörs. According to Dr. Tamás Gerber, President of Budapest Environs Regional Court, the balance of the first one and a half months is clearly positive: clients are very pleased with the new court, where they can deal with their cases quickly and in proper conditions thanks to the “Client Centre”. The President highlighted the exemplary cooperation which made it possible to establish an independent court in Érd. We interviewed him about the details.

One and a half months ago, the newest court in Hungary was launched; what are the first impressions?

Indeed, on 1st January, Érd District Court opened, which was welcomed by the locals of the county and the settlements belonging to the district of Érd, as administration and access to justice became easier. The jurisdiction of the new court covers the settlements of Érd, Diósd, Százhalombatta, Pusztazámor, Tárnok, Törökbálint and Sóskút. I would also like to point out that, although the current building is only temporary, it has been designed to meet all the demands of courts so that those who turn to court do not feel the temporary nature of placement.

Why was the court needed to be established?

The establishment of a new court basically depends on the intention of the law. This intention, however, has met one of the strategic goals of the President of the National Office for the Judiciary (NOJ), namely to simplify access to justice. The fact that Érd is a rapidly developing settlement with a large number of citizens made it necessary for the city and its surroundings to provide with their own district court.

Has the area competence and staff number of other district courts decreased? How have the new court, the recruitment of judges and judicial employees been organised?

Naturally, the competence of area fell, since the establishment of Érd District Court meant a decrease in the jurisdiction of the District Court of Budakörnyék and Budaörs. This process, however, should not be considered as a cutback; in accordance with relevant regulations for judges who could not stay in their original position, the President of NOJ had to recommend those open positions where applications had not yet been decided upon at the time of declaration. These judges were allowed to request for transfer to these positions. Due to her legal obligation, the president of NOJ has transferred the judges concerned and declared the applications for these positions invalid.

When will the court be moved to its final location?

At the end of 2018, NOJ received building permits and the construction plans were completed; public procurement procedure for the selection of general contractor was started. The new building will be built on the property situated at Szabadság tér 6. with 9 court rooms on the ground floor. Following the model of Eger Regional Court and Szigetszentmiklós District Court, a unified client centre will also be opened at Érd District Court.