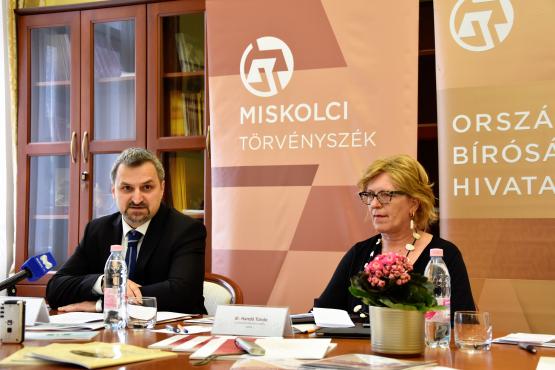 I have always kept the laws, I am ready for any inspection because it will only verify that I am performing my tasks with the moral decency it requires – claimed dr. Tünde Handó, President of the National Office for the Judiciary (NOJ) at the general meeting of judges reacting to the actions taken by the National Judicial Council (NJC). On Wednesday the NJC decided to turn to the Hungarian National Assembly to initiate the removal of the President of the NOJ from office.

Amongst the guilty, the silent one is an accomplice – started his speech dr. Árpád Répássy, president of the Regional Court of Miskolc and noted: the NJC is merely trying to appear as a legitimate judicial organization. In October 2018 representatives of the Hungarian judiciary withdrew their confidence in the organization, and demanded that members of the NJC shall resign. It is a minority that is threatening and damaging the results achieved by judges in the past few years nationwide  – dr. Árpád Répássy commented.

According to Árpád Répássy, the NJC parades itself as the representative of the judiciary, while it clearly lost this position half a year ago. The NJC may declare in its own name but not on behalf of the Hungarian judiciary – he said.

The entire Hungarian judiciary has shown exceptional organizational and professional results since 2012 – confirmed the president of the Debrecen Regional Court of Appeal. Dr. Lajos Balla remarked that apart from this small group, no one questions the achievements of the judiciary either in Hungary, or internationally. The European Justice Scoreboard speaks for itself – he added.

According to Lajos Balla, the NJC’s conduct causes serious harm, and distracts the attention from the real performance and results of the Hungarian Judiciary. The president of the Debrecen Regional Court of Appeal also stated that the President of the NOJ will have the absolute support of the entire judiciary.

At the press conference preceding the general meeting, Árpád Répássy complimented the performance of the Miskolc Regional Court last year: 85,000 new cases arrived, which is 7% of total cases in the country. The number of pending cases  was reduced by 27%, and the number of cases pending for more than two years was reduced by 43%. 96% of cases are resolved within half a year in district courts, and all appeal cases at second instance were resolved within a year. In 2018 72% of criminal cases, 93% of civil cases and 98% of administrative and labour cases became final and binding at first instance courts.

Miskolc greatly contributed  to the achievements that are reflected on the European Justice Scoreboard – the president of the Miskolc Regional Court stated.

According to Lajos Balla, president of the Debrecen Regional Court of Appeal, the Miskolc Regional Court performs its judicial duties exceptionally well, verified by the large number of rulings to uphold their judgements, and the length of proceedings. Lajos Balla praised the uniformity of rulings that characterizes judges in  Miskolc. 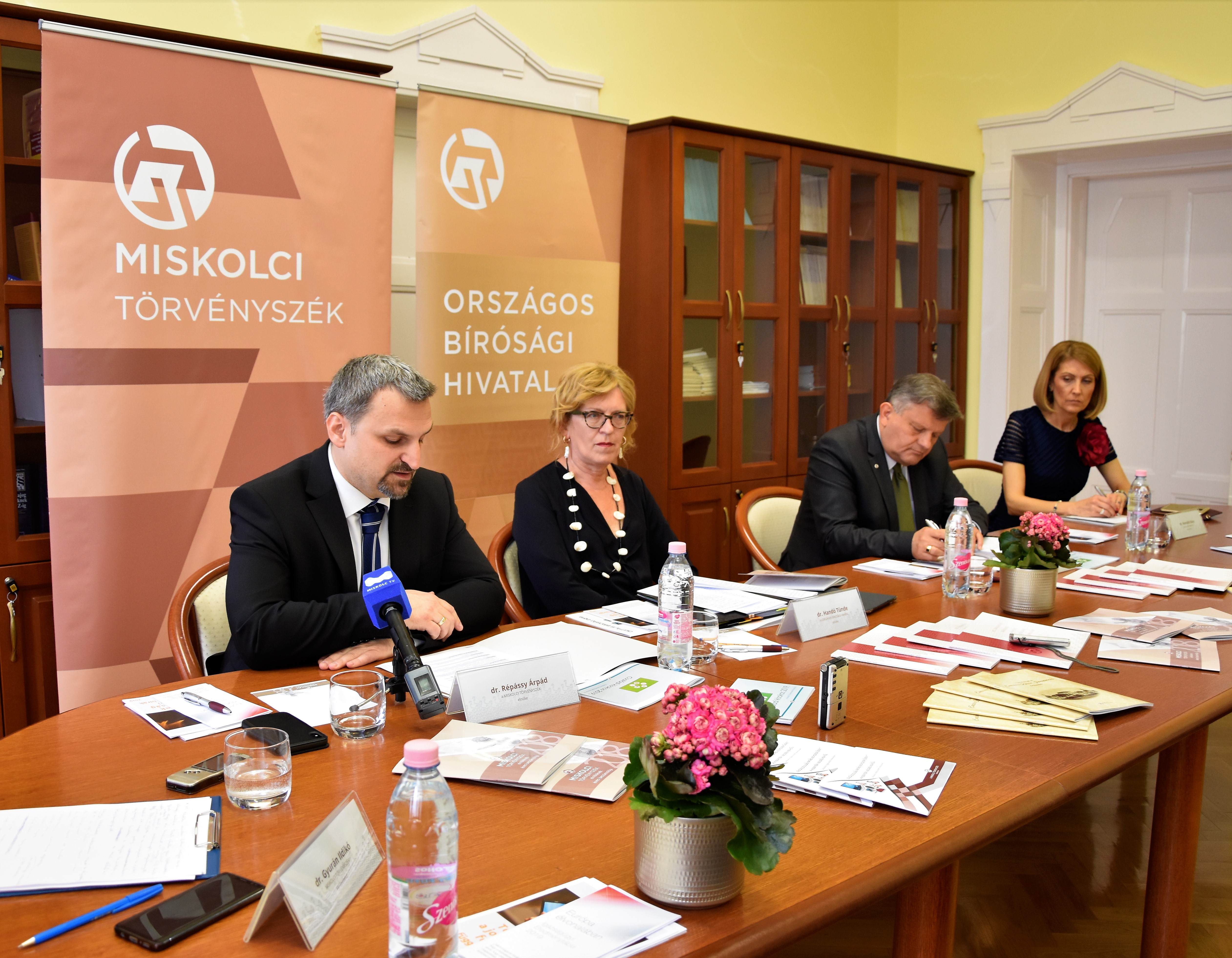 The Hungarian judiciary is at the forefront of Europe, and Miskolc is the largest Regional Court outside of the capital , and what happens here is extremely important – explained Tünde Handó, President of the NOJ.

Due to statutory changes, experienced judges became “students” again, however  results did not get worse, but on the contrary improved. For example, 70% of criminal cases were already resolved at the so-called preparatory sessions, the usual length of these cases lasted for 100 days.

The President of the National Office for the Judiciary also mentioned the social responsibility of courts, in her opinion the judiciary has a certain cultural mission as well, being a serious retaining force in local communities. Today the Legislator  supports the idea of setting up even more, smaller courts across the country – she added.