The Győr Regional Court of Appeal is a family-friendly workplace

The Győr Regional Court of Appeal received the family-friendly workplace award, following a successful application titled „Work-life balance” in May 2019.

Members of the court staff today raise 7600 children under the age of 18. This makes it especially important to create balance between career and private life.

Family law training for judges: rights of the child in focus

May 15 was declared The International Day of Families by the United Nations (UN) in 1994. The judiciary also set a high priority on the family law and the realization of children's rights. The Government of Hungary announced the year 2012 the “Year of Child-centered Justice”, in connection with it, the National Office for the Judiciary (NOJ) set up a working group and a national program. 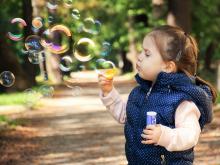 Child-centred Justice: Interview on the training for family law judges in Inforadio’s Paragraph

Adrienn Várai-Jeges dr, judge responsible for central administrative tasks at the National Office for the Judiciary (NOJ) gave an interview about the training for Hungarian family law judges to Paragraph programme broadcasted by Inforadio on 22 March 2018.